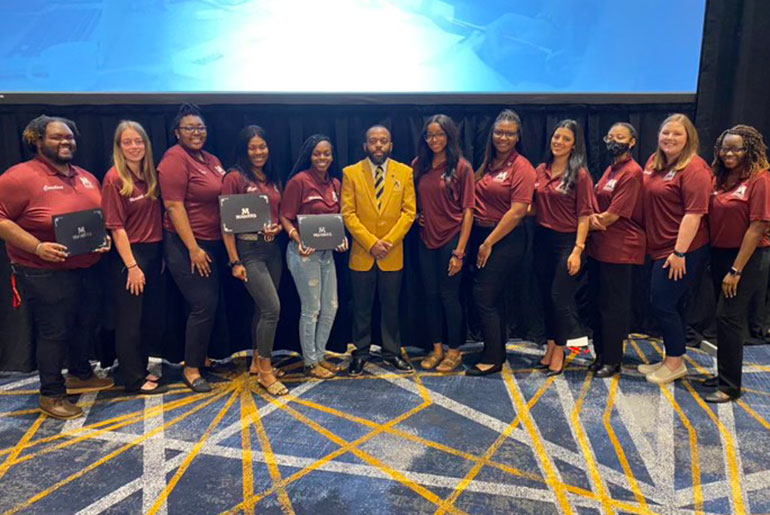 Mississippi State faculty and student members of the Minorities in Agriculture, Natural Resources and Related Sciences, or MANRRS, are new appointees to the national organization's executive board.

Derris Devost-Burnett, associate professor in MSU's Department of Animal and Dairy Sciences and the univesity's MANRRS co-advisor, has been elected national president-elect for the professional organization. MANRRS promotes academic and professional advancement by empowering minorities in the fields of agriculture, natural resources and related sciences.

"My vision as president is to deliver on the value proposition of MANRRS as being the premier venue for cultivating and producing diverse talent in fields of agriculture, natural resources and related sciences," Burnett said. "I plan to support our collegiate and pre-collegiate efforts as well as implementing programs such as 'MANRRS Pro' which will continue to support the growth of MANRRS alumni and professionals as they navigate the professional workforce. Additionally, I hope to extend our reach beyond our borders with a 'MANRRS Abroad' program similar to the MSU Livestock Study Abroad program which will help create more diverse global citizens in this field."

The MSU MANRRS chapter has developed a national reputation for leadership and successful competition at the national level. Gordon placed first in the pitch contest while Jacinda Leopard, a food science, nutrition and health promotion master's student, placed first in the agricultural photo contest.

"I was honored by this award and felt confident going into the competition," said Gordon. "A lot of preparation went into this. My favorite part of MANRRS is that it's multifaceted in the sense that it brings not just academia, but the professional workplace and governmental affairs into the equation."

The conference was rounded out by seven additional MSU MANRRS members being awarded competitive scholarships. These include (by hometown):