Protecting Plants from Seed to Sow 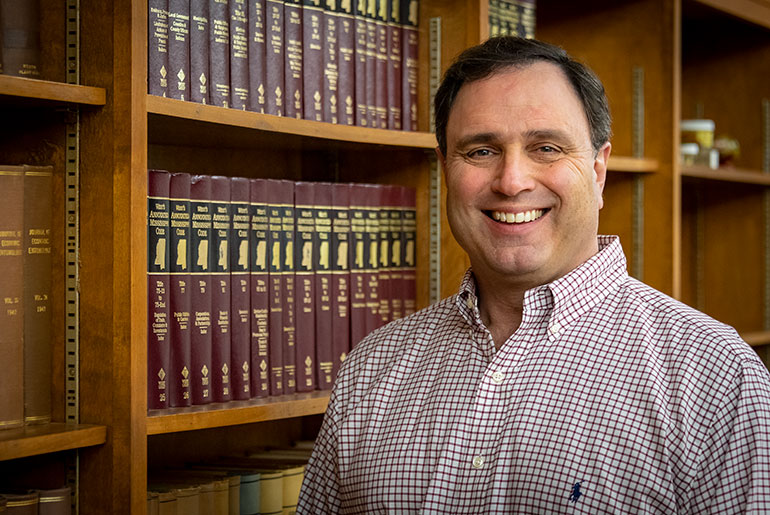 Michael Ledlow, director of the Mississippi Bureau of Plant Industry, might cover anything from agricultural aviation to apiaries on any given day. The '88 entomology alumnus oversees the regulatory and service division of the Mississippi Department of Agriculture and Commerce.

The Flora, Mississippi native manages nearly 40 employees across four departments, all tasked with protecting the agricultural and horticultural interests of the state from the introduction and spread of destructive plant pests.

"The bureau administers state and federal laws, regulations, and programs that deal with plant pests, pesticides, honeybees, plants, professional plant and pest control services, animal feeds, seed, fertilizer, lime, and amendments or additives to soil and plants," explained Ledlow, who pointed out that the bureau also maintains agreements with the Environmental Protection Agency and the USDA in administration and enforcement of state and federal laws.

"Our job is to protect our producers, who are on the front line of protecting the environment," Ledlow explained. "We hear from producers, stakeholders, and people in the industry about the issues that are impacting them and once they determine a regulatory need, I present the findings to our advisory board that will in turn adopt, amend, or deny regulations as they see fit."

Recent regulations adopted include restrictions on the use of Dicamba and 2, 4-D auxin herbicide technologies.

"When these technologies were released a few years ago, former Commissioner Hyde-Smith put together a task force to determine effective regulations. From there, our advisory board adopted regulations requiring training, setting a 10-mile per hour wind restriction and making these products state restricted use," Ledlow said. "While we still had our fair share of issues in the state, we were ahead of the curve. The next year the federal government implemented similar regulations nationally."

Ledlow said that while his career has covered all aspects of agriculture, his entomology degree has come in handy at times.

"In the field, we conduct termite inspections and occasionally a complaint would come in when a producer expected herbicide drift but it was actually damage caused by insects," Ledlow said.

He said his degree has influenced his life outside of work as well.

"I married into a farming family and have served as the farm's agronomist for my father-in-law's operation for years," Ledlow said.

That operation encompasses 7,500 acres of row-crop production across Yazoo, Madison, and Holmes counties.

"I make decisions on insecticide, fungicide, herbicide, fertility, and variety choices of the different crops," he said.

As far as his job is concerned, Ledlow said he likes the variety the role affords.

"In this position, you never know what a day is going to bring. It can be challenging because we cover such a range of issues. In the long run, though, to help the state's agriculture and its producers makes it all worthwhile," he said.