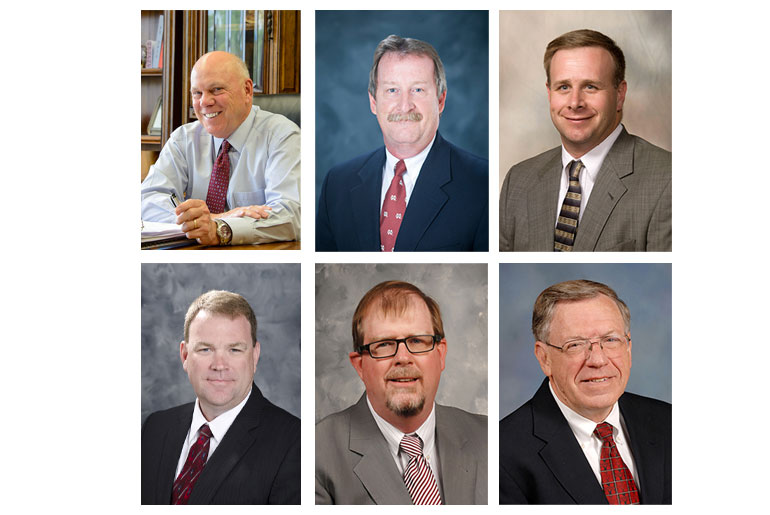 At the direction of MSU President Mark E. Keenum, Shaw—the university's chief academic officer—said the new administrative structure "reflects the growth and sophistication of MSU's agricultural units and the need moving forward for a strong and consistent focus on a unit by unit basis."

Another factor in the reorganization came when MSU's George M. Hopper, dean of both the College of Agriculture and Life Sciences and the College of Forest Resources, earlier this year announced his plans to retire this summer, effective June 30.

Hopper also has led MSU's Forest and Wildlife Research Center (FWRC) and the Mississippi Agricultural and Forestry Experiment Station (MAFES). He has been a senior administrator within DAFVM since joining the university in 2005.

Moore—the university's top agriculture administrator—will continue his service as interim vice president of DAFVM and will assume the additional duty of interim director of MAFES.

"At this juncture, given the immediate challenges facing Mississippi's pivotal agribusiness economy, it is imperative that all of MSU's agricultural teaching and research units have dedicated, focused leadership," said Moore. "It is particularly important that MAFES be able to focus on our vital relationships with state and federal partners and with the state's agricultural and forestry leaders to meet their needs in a nimble and responsive manner."

Shaw praised the qualifications and academic credentials of the new leadership team.

An associate dean of CALS since 2013, Willard is the former head of the MSU Department of Biochemistry, Molecular Biology, Entomology and Plant Pathology. Willard earned a bachelor's degree in animal, veterinary and fisheries science at the University of Rhode Island, Kingston.

He earned master's and doctoral degrees in physiology of reproduction at Texas A&M University. He completed a postdoctoral fellowship in cell biology and anatomy at the Medical University of South Carolina before coming to MSU in 1999.

Coble is a Giles Distinguished Professor and head of MSU's Department of Agricultural Economics where he focuses on agricultural policy, insurance, and agricultural data analytics. He served as the chief economist for the minority staff of the U.S. Senate Agriculture, Nutrition, and Forestry Committee during the 2013-2014 farm bill debate.