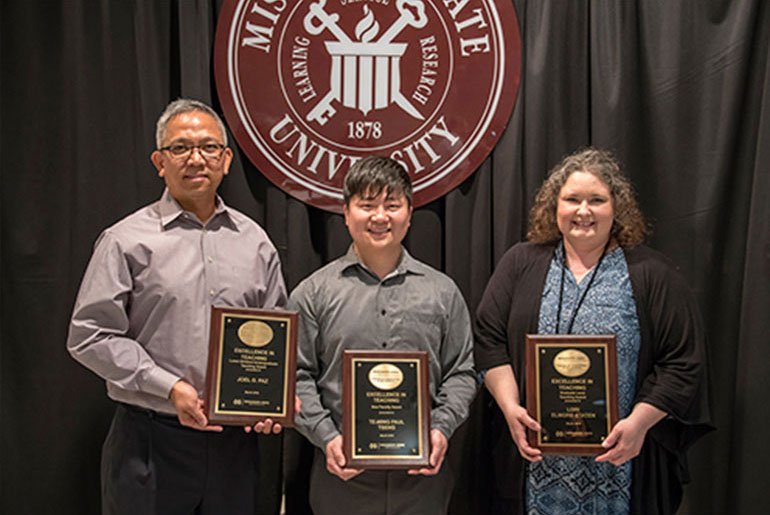 Nearly two dozen Mississippi State faculty, staff and students were honored recently with major awards in the College of Agriculture and Life Sciences and Mississippi Agricultural and Forestry Experiment Station.

At the campus ceremony recognizing teaching, research and service achievements, George Hopper praised the honorees for their dedication to the university's land-grant mission. Hopper is both dean of the college and MAFES director.

"Our scientists are engaged in impactful research on a global scale and right here at home in Mississippi," Hopper said. "As our faculty trains the next generation of agricultural leaders that will feed and clothe the world of tomorrow, our service-leaders lend a hand to help producers improve efficiencies and outcomes today."

This year's honorees include:

The ceremony also recognized MAFES personnel for leadership in promoting outstanding grounds maintenance and overall image achievements at the 16 MAFES branch experiment stations throughout the state.