Board of Trustees appoints Alcorn President as Commissioner of Higher Education 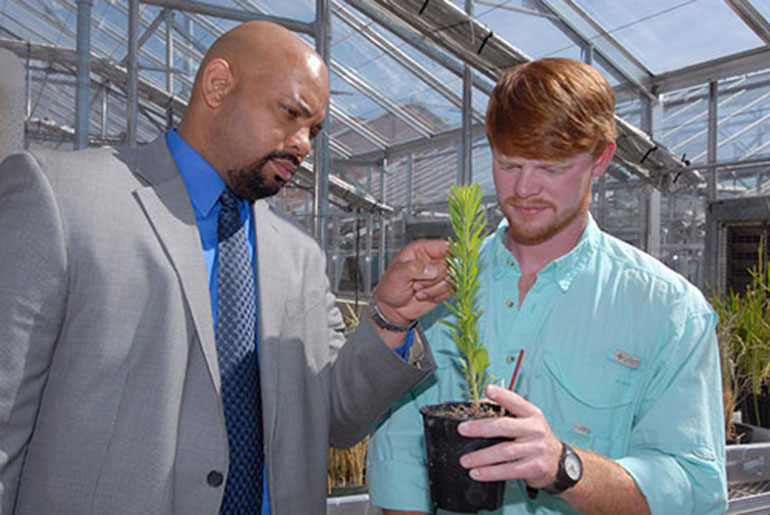 The Board of Trustees of State Institutions of Higher Learning appointed Alcorn State University President Alfred Rankins Jr. as Commissioner of Higher Education at a meeting held earlier today in Jackson. He will begin serving as Commissioner on July 1.

"Dr. Rankins has experience at both the system level and as a university president," said Trustee C.D. Smith, president of the Board of Trustees of State Institutions of Higher Learning. "In addition, he understands the important role higher education plays in our state and the lives of our students and their families. He also understands the challenges our universities face in today's higher education landscape. He will provide excellent leadership to the university system."

Named President of Alcorn State University on March 4, 2014, Dr. Alfred Rankins Jr. is the 19th president of the university.

"It has been an honor and a pleasure to serve as President of my alma mater," said Dr. Rankins. "Alcorn State University is a special place that transforms lives and opens doors of opportunity for our students and the citizens we serve through research and outreach programs. My experiences at Alcorn will inform my decisions as Commissioner, which will help me to serve all eight public universities in Mississippi as we work together to advance the system and the state."

Alcorn State University is the nation's oldest public land-grant HBCU. In addition to the Lorman campus, the university also includes branch locations in Natchez and Vicksburg.

Prior to his appointment at IHL, Dr. Rankins served on the faculty at Mississippi State University (MSU), where he was a tenured associate professor in the College of Agriculture and Life Sciences and extension specialist with the MSU Extension Service.

Under Dr. Rankins' leadership, Alcorn has strengthened its academic programs, improved campus infrastructure, initiated and completed major capital projects, increased fundraising, and expanded its footprint as a premier comprehensive land grant HBCU. This past fall, Alcorn enrolled its largest freshman class in the history of the institution and the university has risen in national rankings. The university has established new academic programs and made important discoveries through its research.

Currently, Dr. Rankins serves on the University Press of Mississippi Board of Directors, Entergy Mississippi Advisory Board, Mississippi Postsecondary Education Financial Assistance Board, and Southern Association of Colleges and Schools Commission of Colleges Executive Board.

The Board of Trustees of State Institutions of Higher Learning will announce plans for the search for the next President of Alcorn State University soon.