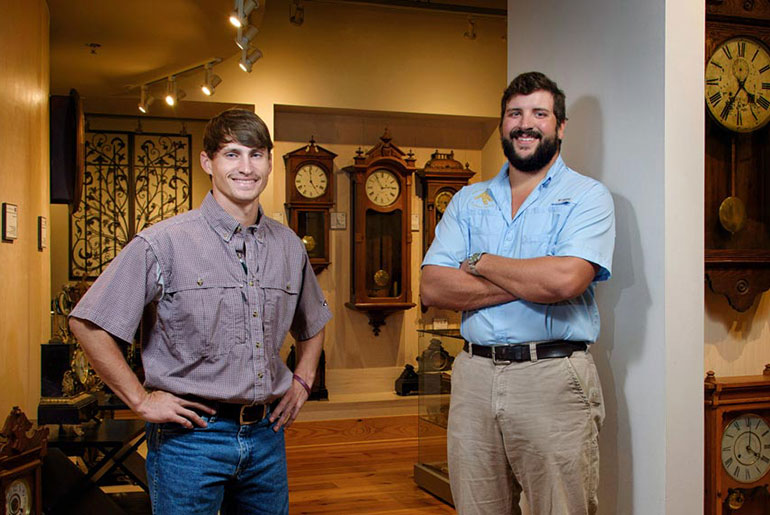 While on a break from their professional conference in Perdido Beach, Alabama, Chase King and Shane Carver saved a man from drowning in the extremely rough surf.

King conducts cotton research with the Mississippi Agricultural and Forestry Experiment Station. Carver, who is from Millington, Tennessee, is a graduate student in Plant and Soil Sciences working with MSU Extension Service soybean specialist Trent Irby.

On July 26, they saved a man overcome by the pounding waves and savage currents. King and Carver watched as surfers brought in one man on their surfboards, and then King realized a second man was having trouble in the water.

"I saw Chase head out in the water and realized there was someone else out there, so I ran in," Carver said.

Although the water was just above waist high, the heavy waves made it nearly impossible to stand. King grabbed the man's arm, but he got pounded down before Carver arrived.

It took all the effort both men could muster to pull the drowning man to shore.

"We would pull him a ways, then the waves would slam back in, and we had to wait until we could stand again," King said.

The man was conscious and breathing when they brought him to shore, and bystanders joined in to help stabilize his condition. He recovered fully after a two-day stay in intensive care.

King and Carver downplayed the risks they took to save another's life.

"It wouldn't matter if it was in the field or at the beach or in our conference," Carver said. "That's how we were raised. If you see someone in trouble, you do what you can to help them."

Or as King explained it: "It was God's place and God's time."