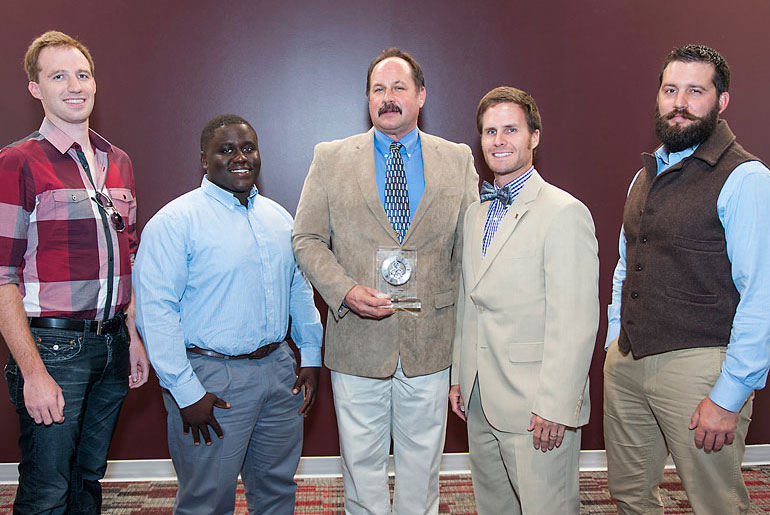 Two Mississippi State College of Agriculture and Life Sciences graduate students and a graduate research adviser are being recognized for significant achievements at the university.

Honored formally at the recent 14th annual Graduate Student Association Awards Banquet, they are among more than 30 cited for various personal accomplishments during the 2015-16 school year. The GSA and the Office of the Graduate School co-sponsored the event.

Professor Brian Baldwin of the plant and soil sciences department was recognized with the Outstanding Graduate Student Mentor of the Year Award. A New Mexico State University doctoral graduate who joined the MSU faculty in 1990, he has supervised several graduate students whose research has won praise in recent years from national agricultural organizations.

In addition to Baldwin, two College of Agriculture and Life Sciences graduate students were honored: