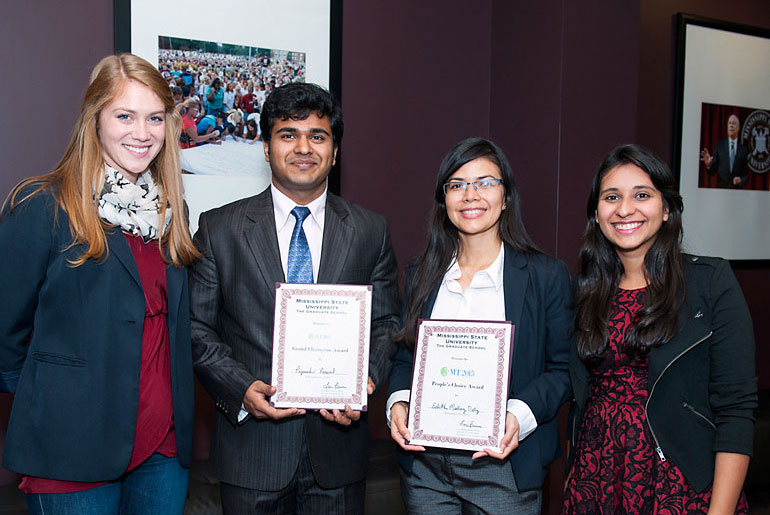 Winners of the Three Minute Thesis (Photo by Russ Houston)

An 80,000-word thesis would take nine hours to present. Nearly 60 Mississippi State graduate students had less than three minutes to convey their months or years of complex research during the university’s recent third annual Three Minute Thesis competition. College of Agriculture and Life Sciences graduate students made up half of the winners during the competition.

“I think having 180 seconds to tell people about what you’re doing in your research is a great concept, and I commend all of you for participating in this competition,” said MSU Provost and Executive Vice President Jerry Gilbert.

Each receiving a $750 award were Abbey E. Wilson, a master’s student in agricultural and life sciences/animal physiology with a talk titled “What’s that Perfume? Sniffing out the Science of Pandas—Chemical Communication” and Dafne Alves Oliveira, a molecular biology doctoral student who spoke about “Fielding a Team to Defeat Aflatoxin in Corn.”