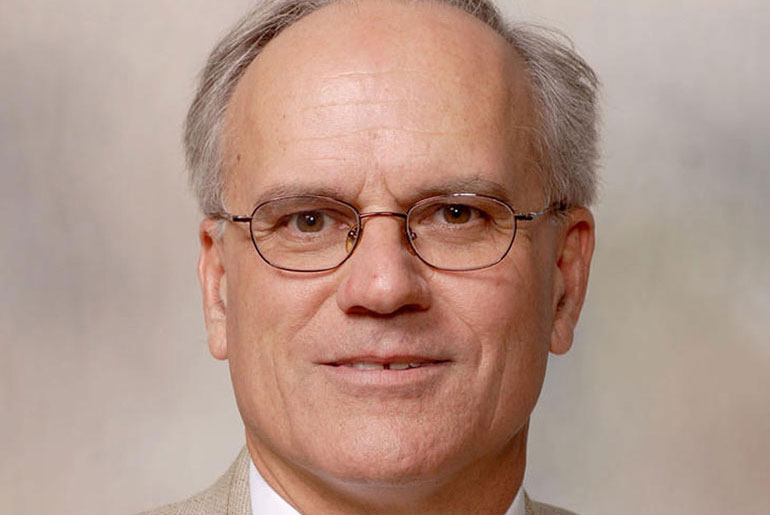 An award-winning Mississippi State researcher is receiving another campus recognition.

Professor Jac Varco has been selected for the Dr. Glover B. and Imogene C. Triplett Endowed Chair in Agronomy. He is a faculty member in the College of Agriculture and Life Sciences' plant and soil sciences department, as well as the university-based Mississippi Agriculture and Forestry Experiment Station.

"Dr. Varco is an outstanding teacher, researcher and mentor who has remained on the cutting edge in the precise placement of nitrogen fertilizer in his research program," said department head Mike Phillips.

Phillips also praised Varco as "as a highly-recognized authority in soil fertility teaching and research."

In 2007, Triplett, an MSU alumnus and retired distinguished faculty member, and wife Imogene established what then was the college's first fully funded faculty position now bearing their names. Imogene Triplett died in 2013.

Speaking for college and departmental colleagues, Phillips said, "We are especially grateful to Dr. and Mrs. Triplett for their commitment and support of this chair as well as many other contributions," adding their generosity "has made a huge impact in making Mississippi State University a very special place to live and work."

Varco, an MSU faculty member for nearly 30 years, is a University of Kentucky doctoral graduate in agronomy, with bachelor’s and master’s degrees completed at the University of Florida.

In expressing his appreciation for the honor, Varco said the academic designation will help to encourage further research in conservation tillage systems and contribute to graduate recruitment.

"As the Dr. Glover B. and Imogene C. Triplett Chair in Agronomy, I look to further develop conservation tillage systems with improved sustainability," he said. "This recognition will also allow for recruitment of highly-qualified graduate students motivated by the potential for developing row crop production systems which not only improve profitability, but also enhance soil and environmental quality."

Varco said he considers Triplett as a mentor, noting that the MSU alumnus' ground-breaking research was cited in his UK doctoral dissertation.

After completing bachelor's and master's degrees at MSU, Glover Triplett went on to earn a doctorate at Michigan State University. While an Ohio State University agronomist in 1960, he and soil physicist Dave Van Doren began research on growing crops in unplowed ground. Termed no-tillage farming—or "no-till"—the now-standard method went against what most farmers at the time considered the only proper way to grow crops.

In 1982, Triplett retired from OSU. He and Imogene, both Noxubee County natives, returned to Mississippi State, where he continued his no-till research at the experiment station.

Varco is the second Triplett Endowed Chair holder. Earlier this year, colleague Dan Reynolds, who previously held the position, was selected for the newly established Edgar E. and Winifred B. Hartwig Endowed Chair in Soybean Agronomy.

For more about the department, visit www.pss.msstate.edu.