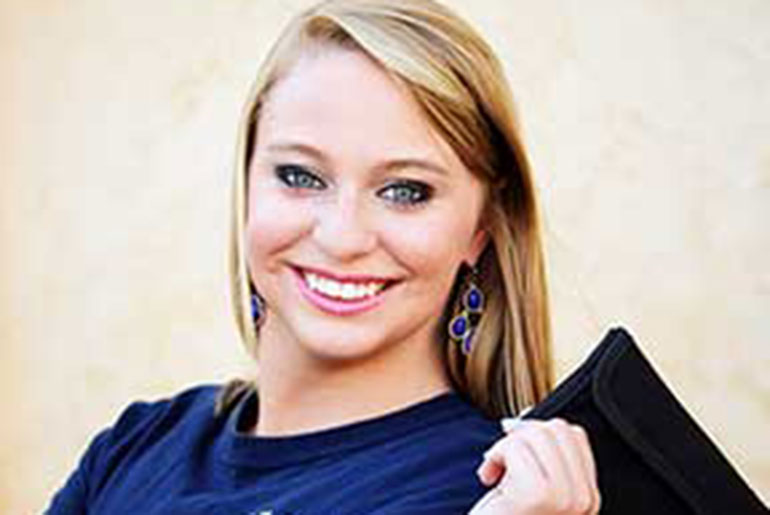 Blue Forever Inc. is a registered 501©(3) organization founded by Kellie M. Abbott of Princeton, Louisiana, a sophomore biochemistry/forensic sciences major in the College of Agriculture and Life Sciences.

Following the death of friend Tim Prunty, a Shreveport Police sergeant, from traumatic bleeding, the 2013 Haughton High School graduate created the organization with the mission to increase awareness for law officer safety. Her parallel goal is to raise funds to provide U.S. law enforcement agencies with QuickClot Belt Trauma Kits, or BTKs for short.

Manufactured by Connecticut-based Z Medica, the kits include a hemostatic gauze that helps to slow bleeding, an item that Abbot said could have saved Prunty's life. For more, visit www.quikclot.com.

The daughter of Robert and Sandra Abbott, she recently presented MSU Police Chief Vance Rice with 18 BTKs. In the near future, additional kits will be provided "so every campus police officer will carry lifesaving combat gauze," she said.

Rice said the kits were a huge addition to the department and "could be the difference between life and death" for the officers.

As an extension of her work with Blue Forever, Abbott is a member of the Stop the Bleeding Coalition, a national organization based in Washington, D.C., that works to educate public and private agencies, along with the general public, about how immediate hemorrhage control can saves lives.

SBC also promotes legislation to help ensure that law enforcement agencies, schools and public-assembly facilities, among others, have on-site bleeding control kits and the training necessary to ensure their proper use.

As part of her SBC affiliation, Abbott recently was in Washington to join others at a congressional briefing promoting the widespread distribution of BTKs.