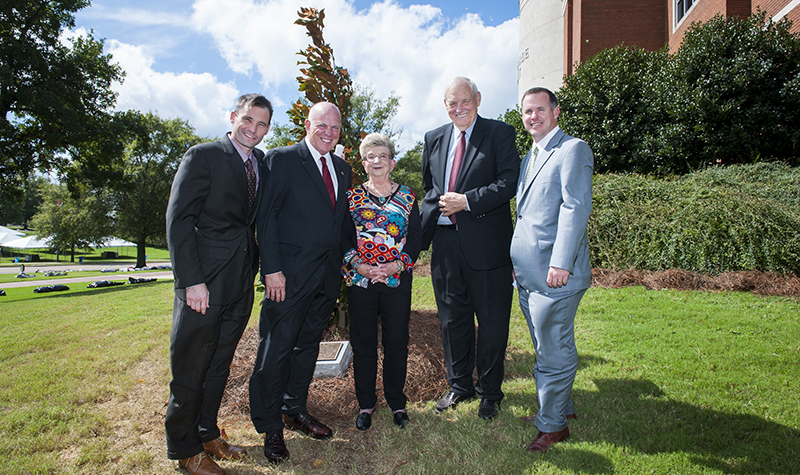 Appreciation for agriculture and love of athletics drew Donald Ford to Mississippi State University. In an August 2010 interview, Ford said he fantasized as a youngster about attending Mississippi State.

Born and raised in Greenville, Ford attended MSU following high school graduation on a football scholarship. For Ford, his dream had become a reality, playing football and working on a degree in agriculture.

It was also at Mississippi State that Ford met his wife, Phyllis, who was also attending the university. After graduation, the two were married and moved to the Rio Grande Valley of Texas.

While he was pursuing a career in the field of agriculture, she was busy caring for their two sons, Don Jr. and Stan.

Proud of their alma mater and the influence it had on their lives, the Fords established 10 annual scholarships during the MSU Foundation's StatePride Initiative. The couple also established annual faculty awards in the college during this campaign, which resulted in $80,000 for faculty through a special partnership with MSU athletics.

Ford was true maroon and his untimely death in February 2014 remains a great loss to the university and agriculture community.

As a lasting legacy to this incredible bulldog, Phyllis Ford and family have established gifts in honor of the football player and agricultural leader. The Donald and Phyllis Ford Excellence Fund will assist with study abroad, undergraduate research, minority student scholarship support, and faculty salary support in the College of Agriculture and Life Sciences. MSU athletics will also receive support for new and enhanced athletic facilities.

A tree planting ceremony was held on October 3, 2014 to commemorate the legacy of Donald Ford. Planted across from Davis Wade Stadium, the tree is a lasting memorial to our MSU brother.