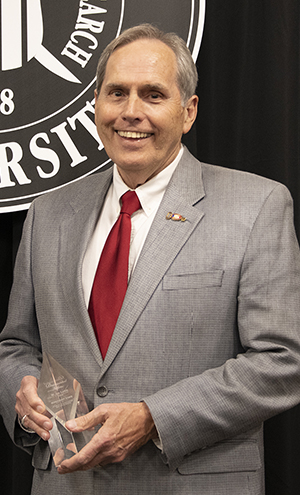 Dr. W. Joe Lewis earned his bachelor's, master's, and doctoral degrees from MSU, in 1964, 1965, and 1968, respectively. He is recognized worldwide for keynote discoveries in the science of pest management.

He came from humble beginnings as a sharecropper's son in south Mississippi and would go on to finish through to his Ph.D. by age 24. From 1967 until his retirement in 2006, he was a research entomologist in the USDA ARS, Tifton, Georgia, with joint faculty appointments with the University of Georgia and University of Florida. He served as an elected member of the City Council and Vice-Mayor, City of Tifton for 16 years.

He and his wife Beth have two children and four grandchildren. He currently is president and owner of Creative Initiatives, LLC, implementing research and educational programs in cooperation with school systems, and local and state governments.