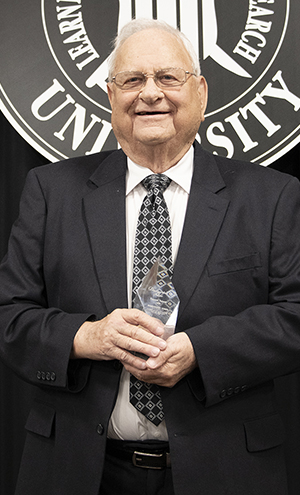 Mr. Turner Arant received his bachelor of Animal Science in 1956 and has farmed in his hometown of Blaine, Mississippi for more than 60 years, many of those years as a catfish farmer.

Arant has been named Catfish Farmers of America Farmer of the Year and received the organization's Lifetime Achievement Award. He was also designated Farm Bureau of Mississippi Farmer of the Year and MSU CALS Alumni of the Year in 1999. He's served on several boards including Farmers Grain Terminal, Delta Western, and Delta Pride Catfish. He is active in his local community through the Indianola First United Methodist Church and an organizing member of the Bank of the Delta, among many other service endeavors.

The Blaine, Mississippi native is married to Sybil Kirk Arant. They have three children, all MSU alumnus, five grandchildren (including one MSU alumnus) and two great-grandchildren. Arant currently operates the farm with his daughter Carol Brown and his oldest grandson, Jeremy Brown.